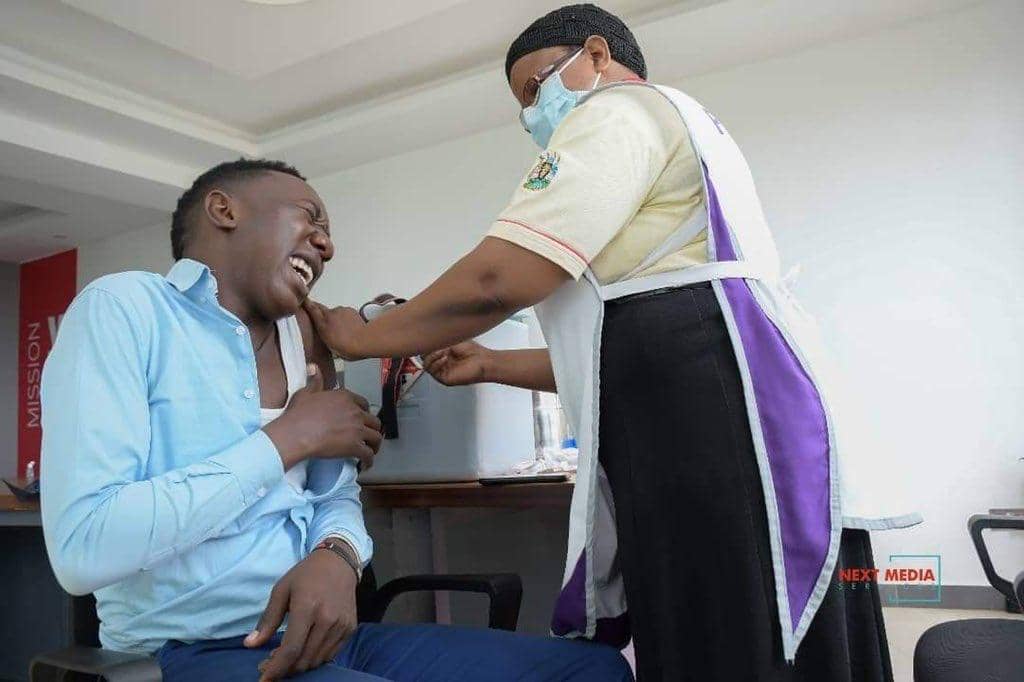 Kampala RCC Hudu Hussein has said that there will be no free Covid-19 vaccination effective January 2022.

The RCC warned that those who will not be vaccinated by then might be forced to pay up to she 1 million.

Last week, the Health Ministry revealed that the country had so far vaccinated 4.8 million people, which was initially a target for fully reopening the economy.

Speaking to NBS Television, RCC Hudu Hussein that the target has since been shifted to 7 million Ugandans and the government expects to hit that before the end of the year.

Hussein said that once government hits this target, whoever dies of Covid-19 as a result of not being vaccinated will have died due to negligence on their part.

“This free vaccination is going to end at the end of this year, meaning we are left with this November and only December. Next year there will be no free vaccination,” Hussein said.

The RCC added that “Next year you may look for vaccines and you may not find them because even those who are giving us vaccines will know that we have achieved our target.”

Hussein once the target is achieved, the vaccines might only be left at private health facilities, which may decide to sell them highly.

In his previous address on Covid-19, President Museveni also hinted at fully re-opening the economy in January 2022, regardless of who will not be vaccinated by then.

The President urged the public to get vaccinated now that vaccines are available and next year could be survival for the fittest as the government will open all the closed sectors of the economy.

Hussein commended the President and said that at least Ugandans will not say that they have not been told enough.

The Health Ministry said earlier this month that vaccine hesitancy is at its lowest in the country currently as more and more Ugandans have shown interest in getting vaccinated.

The Health Ministry said that almost all types of Covid-19 vaccines are now available in the country, and in plenty so one has no reason for not being vaccinated.

Uganda receives equipment worth Shs42bn in response to the locusts invasion.
Uganda Airlines has signed an agreement with Airbus Flight