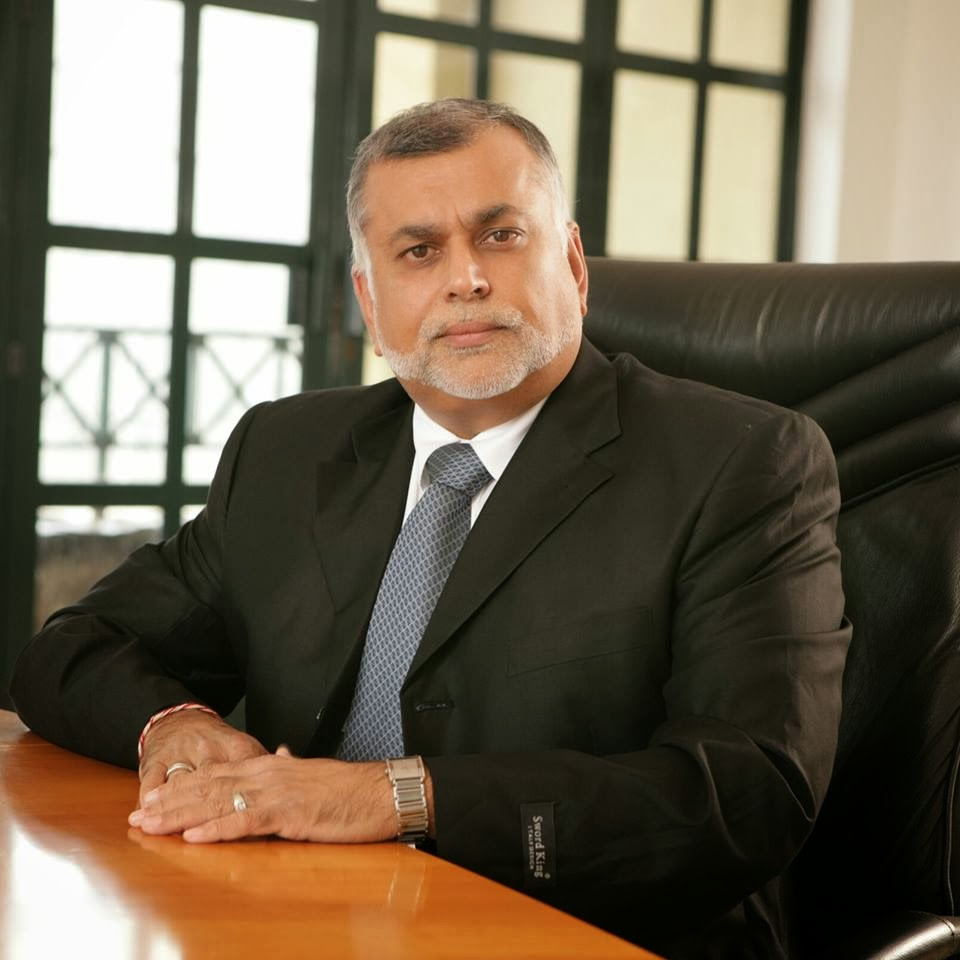 Who is Sudhir Ruparelia?
Tell us a little about your background?
I was born in Mengo Hospital in Kampala in 1956 into a family of two sisters and a brother but my family home is in Kasese district. My great grandfather reached Mombasa, Kenya, in 1897 and came to Uganda in 1903. My dad too was born here in 1932, so we are truly Ugandan. I went to Bat Valley Primary School from P1 to P6, Jinja Main Street Primary School for my P7, then Jinja Secondary School and back to Kololo Secondary School in Kampala in 1971.  When President Idi Amin chased Asians away in 1972, I left for the UK. I did various casual jobs in factories, supermarkets, butcheries and many other odd jobs, while studying in the evening until I finished my A’level. I made some good money and bought my first house in the UK as early as 1975. I continued working and living there until 1985 when I returned to Uganda.

Considering you are a busy man, what is your typical day like?
I wake up by 6:00am, go to the gym and have breakfast. I am in my office at Crane Chambers by 8:00am. I work until 7:00pm to 8:00pm. Sometimes I attend cocktails in the evenings with guests and business associates from abroad, then retire home to catch up with my family and have some rest.

When did you start your first business?
A year after my return to Uganda in December 1986, I started as a beer stockist in a shop. With no beer being manufactured here at the time, we sold imported beer brands like White Cap, Tusker and Pilsner alongside other necessities like salt. My shop was located on the building that now houses Club Rouge, which I now own. The business grew so fast and within six months, I was one of the two leading stockists in Kampala.

What were your major challenges when starting out?
I had to be involved in every aspect of the business — offloading, stocking, money-handling etc.  If I missed out on anything, I could easily have lost my capital. The boys I worked with like the casuals, who offloaded the beer were so crafty they could easily steal the empties and crates if I was not so vigilant.  The business also had a huge cash flow, but my profit margins were so small so I had to watch everyone in the shop to ensure not even a coin went unaccounted for.

So how did you move from one business to grow into the diversified empire you have?
Many of the people who bought beer from us were foreigners and paid in foreign currency. With time, I started doing some informal foreign exchange business on the side, which brought in a lot of money. In 1989, beer industries in Uganda were reopened and importation of beer banned. To ensure my survival, I concentrated on the forex business, opening Uganda’s first and oldest forex bureau, Crane Forex Bureau, which is still in existence to-date. By 1990, we were raking in over $10,000 profit a day. So, I started buying property.  My house in Kololo (which I recently razed to build a new one) was the first private property. It cost $800,000, but I started out with a down payment of $300,000 and paid the rest in installments over a year.  The building that houses Tourist Hotel (also his) on Market Street was my the first commercial property I bought in 1992.  Meanwhile, the forex business soon grew so big the banks were coming down hard on us because we were eating into their profit. So, we decided to venture into banking by developing the forex into a bank so that our future was secure. Crane Bank was opened in 1995, which was a milestone for us. It’s from the bank that we diversified into other sectors like insurance, media, education, floriculture, hotels and so much many more.

About how much did you need to start a bank then?
Bank of Uganda required $1m, so we mobilised that from the earnings of the businesses we had then and started the bank. I also had to employ a number of professional people months before I got the licence.       Most people think you got rich from the infamous ‘Get Rich Quick’ lottery of the mid 1990s. What’s the story with that? The lottery was very successful although it got a lot of criticism because many people who participated expected to win, which was not the case.  With lotteries the world over, the average number of participants who actually walk away with something is about 45% of the total participants. This angered many people who thought I was taking money from the poor so we had to choose between the bank and the lottery. We chose the bank.

Considering you preside over such a diversified empire, how do you keep on top of things?
I hire very good and competent managers and trust them to take charge of the daily operations in my businesses. They also have to consult me when there is a major decision to be taken. I also have a system where I receive daily updates in the mornings about the previous day’s business the next morning via SMS. So, by 6:00am, I know everything that happened in all my businesses. I also get calls from my managers.

Still, it is such a vast empire you do need a hand. Do you have business partners?
I don’t like to engage in partnerships. I only have one business in which I am a partner with Godfrey Kirumira. We buy, process and export maize. Outside that, I think partnerships hinder progress in very many cases because you have to call board meetings and build consensus even over minor things. At times that costs you money through things like altering the building plan of a joint project. His or her relatives might also interfere in the business. Sometimes these people don’t wish their partners in business to grow or be prosperous so they always undermine you.

Trust and honesty are rare qualities among employees. How do you ensure trustworthiness among your employees across the board?
We try to pick staff from good families and we also tend to take on graduates who have been out of university for at least two years. These have tried everything there is and know the value of a job when they get one. They are ready to work with commitment. We also put in place good reporting systems to ensure transparency in the conduct of work and business in order to check any loopholes.

What has been your business philosophy over the years?
First, you need to go into the kind of business that suits your lifestyle, interests and passion so that you enjoy what you are doing. This will make what you do cease to feel like a job and turn into a hobby. Be honest and always keep your word, especially to your customers even if it means making losses. If, for some reason, you are unable to, please call and let them know of the developments. It also takes time to get to the top. You don’t have to be in a hurry, just stay the course. I always reinvest 90% of my profits into my businesses and only consume the remainder. When starting out, ensure your business has adequate capital for growth. This has helped me grow quite fast. I don’t take uncalculated risk. This is how I have survived. You also need to understand every minute detail of your business otherwise you will be cheated by your employees. I strive to achieve this.

Looks like you have pretty much nailed everything you have touched. Any plans for a new venture soon?
I am not considering any new ventures outside the areas I’m dealing in at the moment; maybe growing vegetables in greenhouses. There is market for them in supermarkets and hotels around here. I’m also expanding my real estate business and set to put up more shopping malls and apartments.

How do you want the world to remember you?
We are planning to build a modern state-of-the-art hospital in the place where the former Chief of Military Intelligence is headquartered on Kitante Road near the Mulago roundabout. We want it to provide high quality medical services for both the needy and well-to-do so that people no longer have to go abroad for specialised treatment. On top of this I would also like to build a university for which I have already acquired land on Entebbe Road so that I can provide the much-needed high quality university education, which I missed myself.

From Survive to Thrive