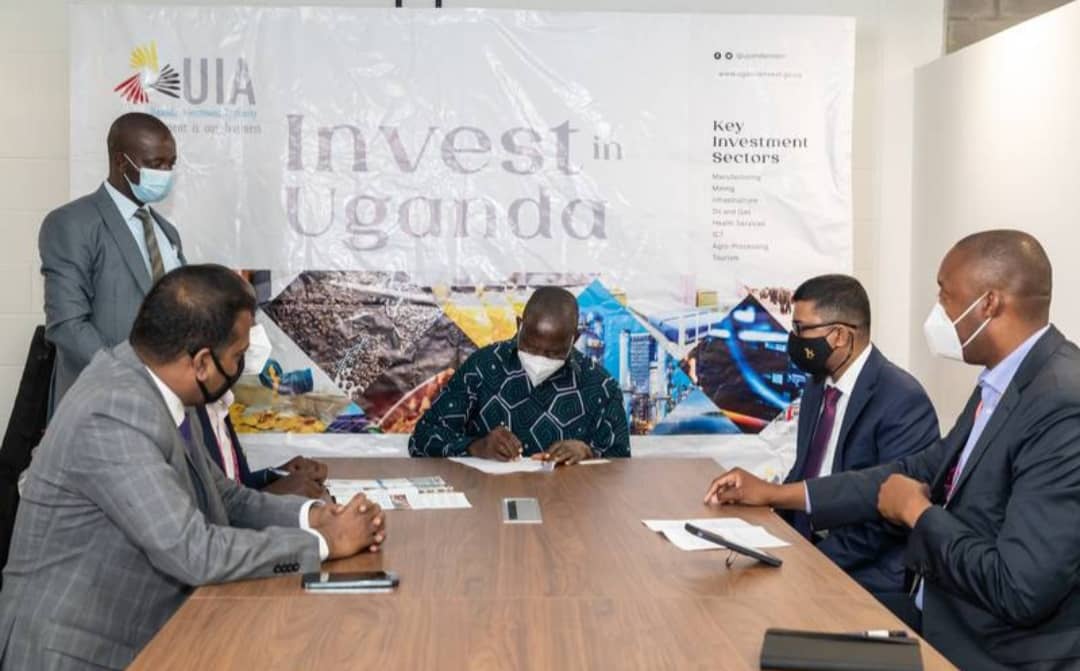 Hardly 24 hours after Uganda celebrated its National Day at the six-month long Dubai 2020 Expo, it nailed down a $650m (about Shs2.3 trillion) combined deal before tying up other deals. These reportedly took it to the $900m by close of business Monday.

She has negotiated a combined investment deal amounting to nearly $900m (about Shs3.2 trillion) in under one week, senior officials representing the country at the Dubai 2020 Expo have said.

Mr Elly Twineyo, the executive director of Uganda Export Promotion Board (UEPB), said the efforts will ultimately result in employment of more than 100,000 Ugandans.

As one of the fastest-growing economies in East Africa and one of the countries with the youngest population in the world, Uganda’s presence at Expo highlights a journey of growth and development, Sheikh Nahyan bin Mubarak, the UAE’s Minister of Tolerance and Coexistence, and commissioner general of Expo 2020 Dubai, said.

“We do look forward to working together on recovering from the implications of Covid-19 and expect non-oil trade between our nations to surpass pre-Covid levels … we hope to expand the horizon of our partnership into new fields across biodiversity, agro-processing, renewable energy and tourism,” he said.

One of the deals — whose letters of intent were witnessed by Finance minister Matia Kasaija at the Uganda Pavilion on Monday — commits about $500m (about Shs1.8 trillion) for renewable energy and transportation projects. Another $50m (about Shs176b) has been ring-fenced for mineral processing, with a similar amount also channeled into a new pharmaceutical facility to “manufacture high quality diagnostics kits for HIV/Aids, Malaria, TB, and other POC diagnostic technology.”

A Letter of Intent is a document outlining the understanding between two or more parties, which they intend to formalise in a legally binding agreement.

The expo is being held under three sub-themes: opportunity, sustainability and mobility. Uganda is participating under the “opportunity” theme, with Uganda’s expo theme being ‘Right Place, Right Time.’ President Museveni described the theme as fitting, saying Uganda is well poised to seize economic opportunities.

Mr Robert Mukiza, the UIA director- general, noted that the announcement of the $650m investment secured on Monday is part of the country’s broader ambition to bring in $4b (Shs14 trillion) of new investment into Uganda.

He added that this is intended to “propel the country forward as it embarks on its post-pandemic recovery journey.”

He said: “We are currently promoting about 79 bankable projects at different stages of development that are ready for investment. These projects can be actualised through Public Private Partnerships, joint ventures, private or public arrangements, and some are greenfield, brownfield or expansion projects.”

Sheikh Nahyan bin Mubarak Al Nahyan, the minister of Tolerance and Coexistence and the commissioner-general of Dubai Expo 2020, earlier noted “…we hope to expand the horizon of our partnership into new fields across biodiversity, agro-processing, renewable energy and tourism.”

Uganda is promoting nearly 79 bankable projects at different stages of development, all of which are ready for investment.

“These projects can be actualised through public private partnerships, joint ventures, private or public arrangements … some are greenfield, brownfield or expansion projects. Our partners therefore have a wide variety of investment options to pick from,” Mr Mukiza said.

The UIA signed a letter of intent with the UAE-based company Connect, which will invest $500m in the country. Connect will pursue a variety of projects in Uganda, including a renewable energy initiative that will generate electricity and provide smart energy storage.

Wondfo Biotech, a company based in Guangzhou, China, will invest $50m in a pharmaceutical plant in Uganda to manufacture diagnostics kits for HIV/Aids, malaria and tuberculosis, and other point-of-care diagnostic technology.

The UIA has also teamed up with Dubai-based Worldera Corporation – an industrial, manufacturing, shipping and commodity trading company, which plans to invest $50m in various areas including mineral processing, agriculture and education sectors.

The UIA said it had signed a deal with business conglomerate Modern Group, which will invest $50m in manufacturing, agriculture and mining.

The Ugandan pavilion at the Expo site is in the ‘opportunities’ area, which is intended to promote the country as a destination for trade and a transport and logistics centre. It is showing the emerging investment opportunities, especially in the areas of agriculture, industry, energy, minerals and oil and gas.

Meanwhile, in their presentations at the Uganda Tourism and Trade Forum yesterday in Dubai, senior government ministers and officials did their best to project Uganda as the ultimate investment destination.

ICT minister Chris Baryomunsi’s message was compressed in a one-liner “until you come to Uganda, you haven’t been to Africa.”

Ms Geraldine Ssali, the Ministry of Trade permanent secretary noted that Uganda is a global player and as such, is ready to play at an international level. The Uganda Development Corporation (UDC), the government investment arm, said it can’t wait to collaborate or even refer investors for partnership with local investors.