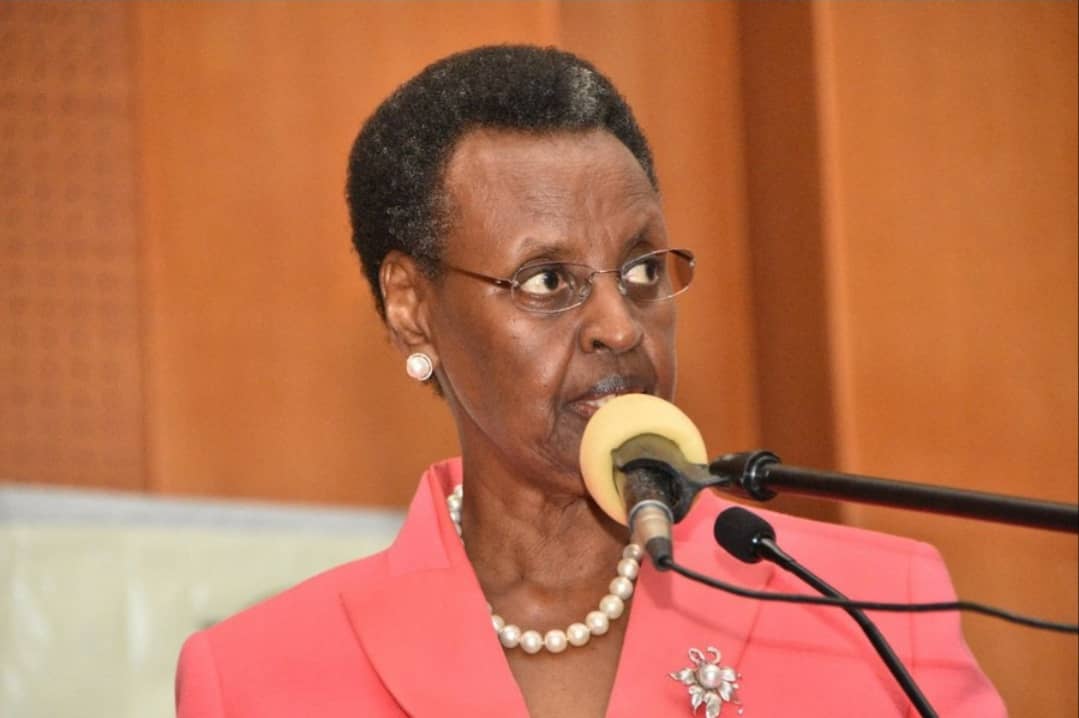 The Minister for Education and Sports, Janet Kataha Museveni

The Minister for Education and Sports, Janet Kataha Museveni has revealed that all schools will be fully reopened for term one on January 10, 2022.

The minister made the revelation during the 28th Annual Education and Sports Sector Review Workshop in Kololo on Wednesday.

In her remarks, Mrs Museveni said that schools will re-open for all levels at once in order to recover the time that has been lost during the time when they were closed.

All levels; pre-primary, primary, and secondary schools shall re-open on January 10th, 2022. First term shall operate for 14 weeks from Monday, January 10, 2022 until Friday, April 14 2022 followed by a holiday of three weeks

Janet Museveni annouces when schools will be reopened

According to Janet Museveni, the second term will open for 14 weeks from Monday, May 9, 2022, until Friday, August 19, 2022, and will also be followed by a holiday of three weeks.

The minister said that by the time schools closed for the second COVID-19 national lockdown in June 2021, learners in P.4, P.5, and P.6 had already completed their assessments and been promoted to the next respective classes.

“Remedial lessons shall be provided for these classes during first term 2022 to help them cover critical content for the previous class,” the minister added.

On how parents will pay schools dues, Janet Museveni said that the ministry appreciates that non-U.P.E. and non-U.S.E implementing schools do need to charge school fees to enable the running of schools.

The minister said that as a ministry, they are against the arbitrary increase of school charges.

“Therefore, we appeal to schools to be mindful that these learners are coming from families that have also been facing a tough time just as much as the schools have been,” she said.

President Museveni makes fresh appointments for Ugandan ambassadors and heads of missions.
A boost in immunization services for Uganda