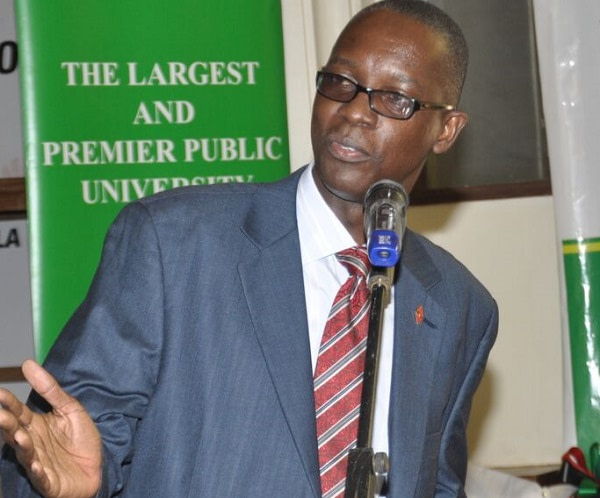 In the past weeks, Uganda’s social and mainstream media has been a wash with stories, Op-eds, blogs and interviews of borrowers defaulting on large loans protesting, complaining and “exposing” what they claim to be their lending banks’ wrongdoings. At the same time, the loans are, without exception, the subject of ongoing Court hearings.

In deference to the rule against sub-judices, which prohibits commentary on ongoing Court matters, the banks have refrained from responding, lest the already litigious borrowers hold them in breach of the rule.

The silence of banks is compelled by their obligation of confidentiality. While the borrowers have penned columns, given interviews, sponsored blogs and social media influencers, the banks on the other hand are barred by law, contract and industry standards of practice from doing the same with the borrower’s banking data.

There is therefore, no balance or fairness in the publications since the banks cannot give, let alone promote their side of the story. To win the public over and to gain public sympathy from the authorities, the defaulting borrowers have cleverly deployed emotive issues of nationalism, income inequality, evoked racial sentiments against bank directors of Indian descent, and COVID-19 (vulnerability) even when the accounts in issue became non-performing long before the pandemic.

In a population where less than 35% are banked and 62% have no access to mainstream financial services, it is fair to say that we have significant financial literacy gaps. In such a context, the notion that it is in the best interest of depositors and the economy at large, for banks to collect overdue accounts holds less appeal compared to the borrowers’ appeal to emotions of “leniency” and even pity.

Unpaid loans are customers’ deposits and banks risk failing if a sufficient percentage of them remain uncollected. A financially unsophisticated public may not easily draw this connection. A number of the loan disputes that have taken center stage involve large sums of money that put at risk capital reserve requirements of the commercial banks in Uganda as stipulated by regulation.

The banks are portrayed as some faceless artificial entities while the defaulting borrowers opportunistically personify the figure of victims.

Banks are regulated institutions and their operations are guided by prudential regulations issued by the Central Bank in our case Bank of Uganda. These regulations cover credit exposure limits as well as provisioning for non-performing loans and recovery frameworks.

In the emotionally driven, often fact free and uncritical crucible of social media where every opinion goes, an ominous moral hazard is being perfected. Rather than settle their indebtedness, defaulting borrowers are increasingly adopting a strategy of maligning banks in the media while at the same time litigating litigation against them. The latter can be legitimate, the former cannot be.

An increasing number of bloggers and social media influencers have now differentiated media strategies to malign banks into a package that they sell to defaulting borrowers. There is certainly no place for banks breaking the law. The Regulator, Bank of Uganda, the Courts of law, the Uganda police and indeed the customers themselves must always be on hand to punish malfeasant banks.

Populism and anti-bank propaganda however, do not produce the most beneficial banking policy for the consumer or for the economy. In Kenya for example, after experimenting with capping of interest rates in 2016, the government there lifted the cap in 2019. Far from increasing it, the interest cap reduced credit access to the private sector and thus naturally slowed down economic activity and growth.

In Uganda, private sector credit stands close to 17 Trillion Shillings today. This means that the vast majority of private business are funded, in part at least, by banks. Commercial banks consistently place among the highest and most tax compliant payers in the country. Commercial Banks employ close to fifteen thousand people. Commercial banks are significant consumers of goods and services. A healthy banking sector is therefore critical for the well-functioning of the economy.

Legal and public scrutiny as well as debate of the functioning of commercial banks is healthy.

Even the banks and financial institutions must themselves examine their operations to aim at improving efficiency, and address risks and short comings of their own staff where they fall short on conduct or unethical practices.

However, in an environment where the prospect of default has already been multiplied by the economic effects of the COVID-19 pandemic, sustained propaganda especially that is not necessarily borne out of properly-exercised legal rights, can only lead to a more cautious lending stance by the country’s financial sector which will invariably impair access to private sector credit, a situation that the country can ill-afford.

Therefore, consumer activism should not be a ruse to allow a culture of defaulting borrowers employing smear campaigns against banks rather than working out arrangements to settle their indebtedness.

The regulator and wider part of government must not look on, fold their hands and watch an important sector be rolled in the mud and think it does not concern them. These are the best times where leadership is demonstrated. In every country, people look to it’s leaders.