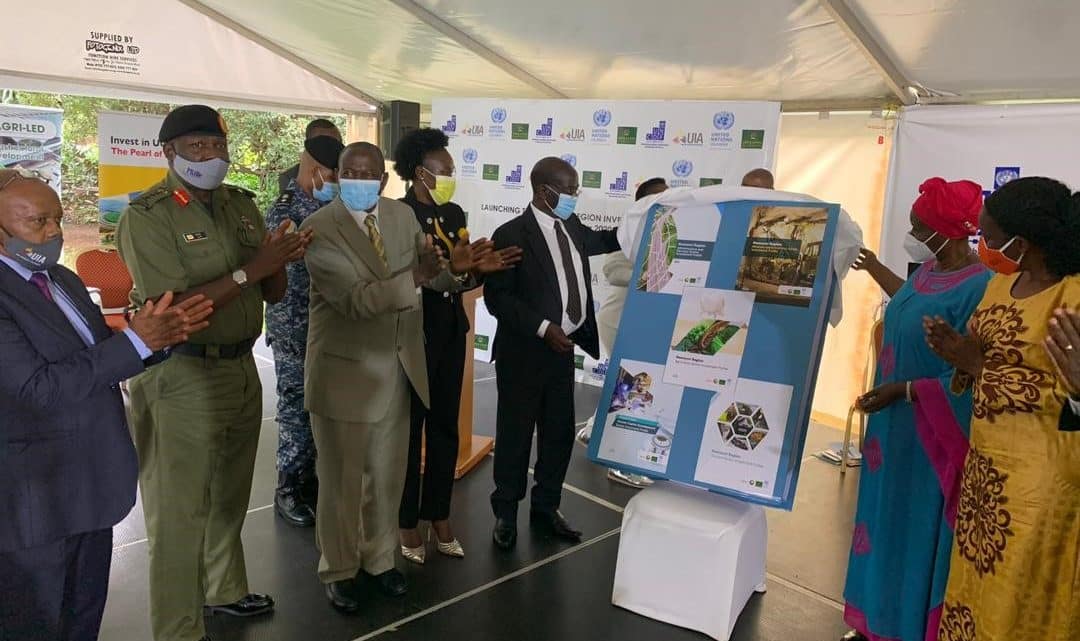 Government launches the Rwenzori Investment Profiles aimed at publicizing the vast investment opportunities in the Rwenzori Region in western Uganda to both domestic and foreign investors.

President Museveni, in a speech delivered by Vice President Edward Sekandi at the Rwenzori Investor’s Roundtable in Kampala, said development of the profiles is the first of many steps aimed at attracting investment projects and equitably distributed throughout Uganda.

The investment profiles, which are aligned with National Development Plan III, are intended to open up the vast and varied investment opportunities, as well as the potential of the Rwenzori Region. This is to help attract sustainable domestic and foreign investments to promote the region’s socioeconomic transformation and achieve national development objectives of employment creation, increased incomes and inclusive growth.

The President said the Government has done a lot to create an enabling and conducive environment for investment and doing business, adding that focus is on agro-industrialisation and diversification of manufacturing industries for high quality and high value exports.

The Minister of Finance, Planning and Economic Development, Matia Kasaija, said Uganda is open for business and that the Rwenzori Investment Profiles will enable potential investors make the right investment decisions. Minister Kasaija said such investment profiles shouldbe developed for all regions of Uganda starting with Busoga in eastern Uganda.

The Minister of Trade, Industry and Cooperatives, Amelia Kyambadde, hailed the investment profiles as the right step in opening up the Rwenzori region for investment and trade, adding that Uganda Investment Authority should spread its investment promotion efforts into the East African Community and the African continent.

The State Minister for Privatisation and Investment, Evelyn Anite, said the development of 27 industrial and business parks will significantly contribute to the industrialisation of the country.

The United Nations Resident Coordinator in Uganda, Ms. Rosa Malango, said “The United Nations believes the transformative Rwenzori Agri-LED is an innovative approach that aims to spur the region’s development through interventions that directly target the most vulnerable such as women and youth and establishes clear links between communities, infrastructure and development. By fully aiming to exploit the region’s economic potential while protecting the environment and improving the quality of life of the people, Agri-LED provides us with an opportunity to join the journey to the transformation of Rwenzori sub-region from a hotbed of conﬂict to an inspirational transboundary economic zone.

Uganda Investment Authority’s Acting Director General, Mr. Lawrence Byensi, said “These investment profiles have the potential of opening up Rwenzori region for significant investments”, adding that “the partnership that has been built with key stakeholders in enhancing our promotional efforts in different parts of the country in the recent past will be maintained during the financial year 2020/21 and beyond”.

The Deputy Chief Coordinator of Operation Wealth Creation, Major General Charles Angina, said the idea of agro-industrialisation for local economic development, which is being piloted in Rwenzori, will be rolled out throughout the country.