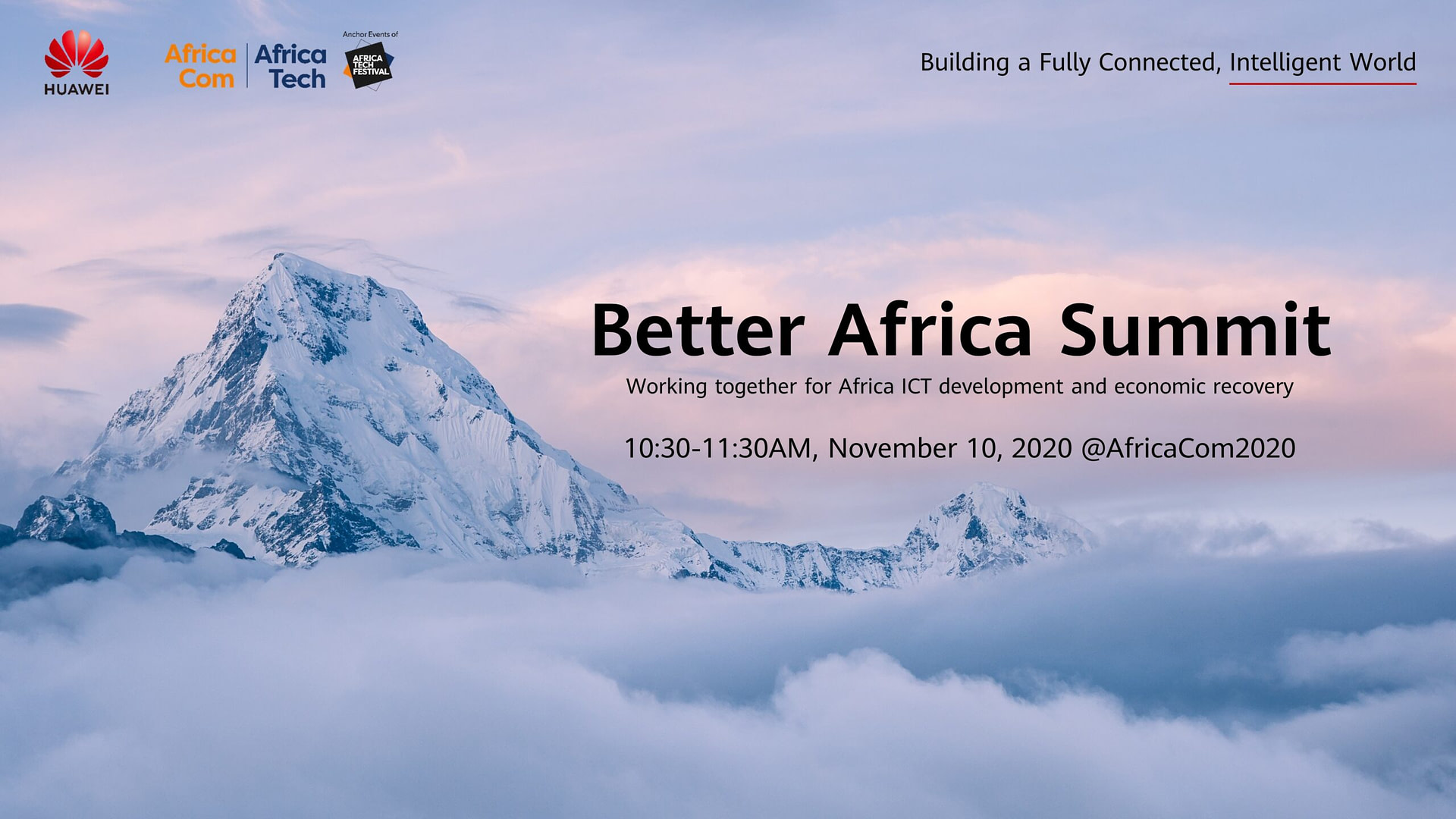 JOHANNESBURG, November 2020 – The South African government is ramping up policies aimed at using digital technology to reduce inequality, create opportunities and reap the benefits of ICT for a post pandemic social and economic revival.

This was the message from Minister of Communications, Telecommunications and Postal Service Stella Ndabeni-Abrahams today. The minister was speaking at the Better Africa  Summit at AfricaCom2020, the largest telco, media, and technology event in Africa, taking place online from November 9-12.

Ndabeni-Abrahams said President Ramaphosa’s Fourth Industrial Revolution (4IR) commission has already made several key recommendations that have been approved by Cabinet. These include a commitment to invest in human capital, the establishment of an Artificial Intelligence Institute, setting up a platform for advanced manufacturing and new materials and supporting data security data to enable innovation.

The minister congratulated Summit organisers Huawei for the event, which came “when people everywhere are positioning themselves to play a meaningful role in the Fourth Industrial Revolution (4IR)”.

“Technology can address the most challenging development problems faced by South Africa and the rest of the continent,” said Ndabeni-Abrahams. “By supporting SMMEs to develop technology that will optimise the delivery of services in sectors such as health, education and transport, we can simultaneously enhance the wellbeing of our citizens and become globally competitive.”

Ndabeni Abrahams said COVID-19 had confirmed the government’s belief in data as a catalyst for digital transformation and economic growth through digital technologies and innovations.

She said this had informed the government’s new Data and Cloud Policy, which aimed to improve citizens access to data and to encourage a new thinking about the world of work.

“We recently saw new demands for work-from-home, online shopping and home schooling emerge, with data traffic soaring over 40% and digital services booming across the Sub Saharan Africa region. We are grateful to see that African governments have responded quickly to the crisis by enhancing the role of ICT in the fight and recovery, whether through releasing temporary spectrum or policy recommendations, said Chen

Presenting the results of a pandemic survey, Rapeti noted there had been a surge in connectivity at regional level in Africa and signs of pent-up demand for Cloud-based solutions.

“Around 58% of African leaders surveyed saw the pandemic as an industry accelerator,” said Rapeti “These findings point to good prospects for the telco sector in Africa, as long as we take the right approach to investment and partnerships and we implement large-scale connectivity infrastructure at the right pace.”

“Solving the digital inequality gap must be our common goal to enable those with connectivity, digital tools and skills, and those without access to the digital world, to meet at a central point,” said Omo.

Omo called for policies and regulation that encourage investment in network deployment and passive infrastructure sharing among operators. He also called for simplified regulatory processes and timely assignment of spectrum for new and evolving technology according to industry protocols.

He said governments, institutions and ICT organisations needed to equip workforces with the latest ICT skills so that they could stay competitive in a fast-expanding digital economy. He also called for ongoing institutional support for innovation, as in ATU’s recent partnership with Huawei on the ATU Africa Innovation Challenge 2020

“Collaboration amongst stakeholders is the path we must take to develop Africa and reinforce the ICT contribution to the well-being of our people,” he said.