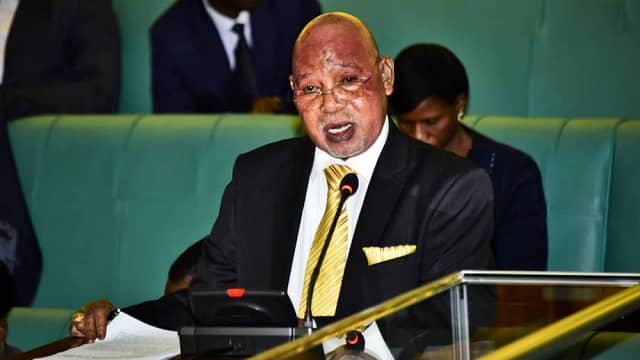 “For us, welcoming refugees is not just a humanitarian decision – we know the value they can add to a host country.“

Last month, the United States led a gargantuan rescue operation in Afghanistan. Tens of thousands of Afghans who had aided the US and its allies in the last 20 years in an effort to build a better future for their country were desperate to flee – understandably fearing what may happen to them under the Taliban’s rule. Since mass evacuations began on August 14, the US has helped evacuate approximately 120,000 people.

An operation of that size and complexity requires cooperation and collaboration on a global scale. The US was quick to reach out to a select few of its allies that might be able to temporarily house the refugees before they continued their journey onto the US and elsewhere. Among them was my home country of Uganda. Just over a week after the Taliban entered Kabul, we welcomed the first batch of Afghan refugees.

That Uganda was among the very first countries approached by the US should not come as a surprise. My home nation has a long history of welcoming refugees, dating back to the early 1940s when we took in the Poles fleeing Nazi-occupied Europe. Today, we host nearly 1.5 million refugees – more than any other country in Africa, in fact, more than most countries in the world.

Still, some in the international media have questioned why Uganda has so readily accepted the request to take in up to 2,000 people in the middle of a pandemic that is taking a severe economic toll on our own citizens. In my view, the reasons are threefold.

Firstly, and quite simply, our friend, partner and longstanding ally – the US – asked for our support. As with all our allies, when the US asks for our help and we are able to give it, we do. It was for this same reason that Uganda was the first African country to deploy troops to Somalia when the US called on African governments to help fight terrorism in 2017.

Secondly, few peoples of the world know better than Ugandans what it is to be a refugee. Many of us were refugees ourselves – multitudes were exiled under the regime of Idi Amin, one of the most brutal in African history. This includes our current President Yoweri Museveni. Indeed, it was an army of Ugandan exiles who eventually helped overthrow Amin. We know deeply the hopelessness of the dispossessed. That is why Ugandans say refugees are our brothers and sisters. That is why our door will always be open to them.

Finally, refugees are a force for good in their host country if welcomed and settled responsibly – and Uganda is the proof for this. For many, the term “refugee camp” conjures images of fences and hopelessness, and of “temporary” tent cities that everyone knows are near-permanent. This is not the case in Uganda. Here, refugees are given land to live on and farm; they are enabled to move freely, access social services such as education, start businesses, and find employment. Above all, they are treated with dignity. In other words, they are essentially Ugandan citizens, contributing to and strengthening our economy.

This approach to refugees has been lauded as one of the most progressive, generous and favourable in the world by the UN, the World Bank and many others. It has also played an important role in my country’s vertiginous transformation from one of Africa’s primary sources of instability to one of its leading suppliers of security. Uganda sits at a regional crossroads, where it has long been the security and stability anchor – leading peace-keeping and supporting peace-making efforts with and for our neighbours. By providing refuge to the hundreds of thousands who have fled conflicts that occurred in central and eastern Africa during the last two decades, we have bolstered the regional economy, too.

Today, however, the pandemic is taking its toll. While Uganda has fared better than most in Africa against COVID-19, we have not escaped its debilitating economic impact – and this has put a serious strain on government finances, including those budgets for refugees.

Nevertheless, Uganda’s doors will remain open. Open to those fleeing war, to those without homes, to those seeking hope in an increasingly callous and unpredictable world. Because we understand their situation better than anyone else possibly could. We understand it because we are them.