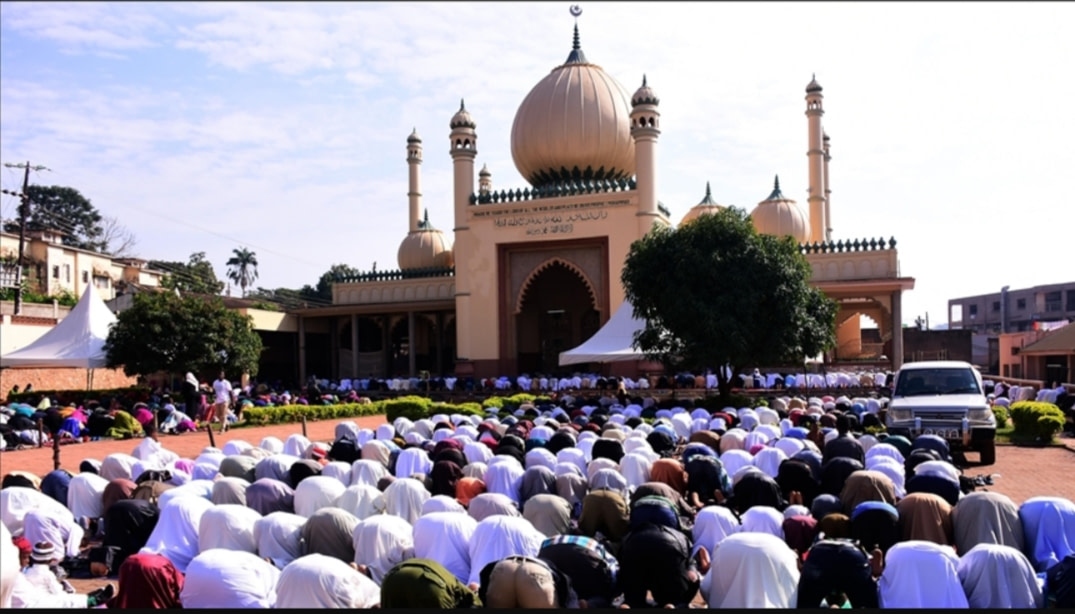 Many rickety mosques in Ugandan communities have been converted into cosy permanent prayer halls, making a rising population of Ugandan Muslims extremely pleased.

“The population of Muslims in the country is on the rise, and hence the need for constructing more new mosques. In our faith, we believe that whoever constructs a mosque is rewarded by Allah. So many wealthy families have resorted to constructing mosques in Uganda,” said Uganda Muslim Supreme Council Spokesman Ashraf Muvawala.
He said that many such wealthy people do not want their names to be mentioned in public.

One such mosque is in the Lira district in northern Uganda. It is the second-largest mosque in the country, which hosts 4,000 people. It was named after former President Idi Amin and was constructed with funds from Turkey.

The mosque was put into service in December 2018 by Sheikh Shaban Mubajje, the mufti of Uganda.
Sheikh Othman Eden, who is in charge of propagating Islam in the Lira district, said the mosque was constructed through a donation from their friends from Turkey. However, he did not divulge the details of the funding.

“You know in the Islamic faith, we are not supposed to disclose a donation because this was a charity from Turkey, and even the Bible says that what your right hand has given, the left hand should not know,” he told a local newspaper Daily Monitor.

Turkey is among the leading sponsors of the construction of new mosques. On Nov. 13 last year, Muslims in Uganda’s central district of Wakiso celebrated as the Turkey-Uganda Foundation (TURUGA Foundation) inaugurated a fully furnished mosque.

The beneficiaries of the new mosque hailed the Turkish organization for saving them from praying in a makeshift mosque.

“We thank our brothers in Turkey for constructing this beautiful mosque. I pray that Allah rewards them for their generosity,” said Abdul Basajjabalaba, a worshipper.

Reporting on the inauguration of the mosque, Anadolu Agency cited TURUGA Foundation President Ahmet Faruk as saying that with the mosque, the foundation hoped to assist the local community.

“The mosques should be used to foster peace and develop a spirit of love and togetherness within the community. I hope and pray that the people of this community will uphold such universal human values that unite us all,” he said.

Fatih Baroglu, the TURUGA director in Uganda, said that bringing relief to others and alleviating their suffering was an integral part of Islam.

“The Turkish people are partners in the development of Ugandans. We continue to support communities in areas of education and access to safe and clean water, among others.”

Several other mosques have been constructed by the Turkish foundation throughout the country.

However, it is not only Turkish Muslims constructing mosques in Uganda but also those from Muslim organizations and individuals from the Arab world and Asia.

“In the past, most of the mosques in the villages were made of mud and wattle because people there are poor and could not afford to put up permanent buildings or mosques. But with assistance from Muslims in the Arab countries, new permanent mosques have been built,”

He said that through social media, some Muslims in the Arab world saw mosques in Uganda in poor condition and they sent money to construct new mosques that befit Muslims in the country.

“The director of an organization called Lazismu based in Indonesia, Muhammad Sabeth Abilawa, got upset when he saw Muslims praying in a ramshackle mosque on social media,” said Shiekh Mubagadi.
He said that Abilawa, upon seeing a video of Ugandan Muslims praying in a mosque made of clay covered with shabby tarpaulin mats, contacted some Muslim leaders in Uganda and sent money to construct a new mosque!

Uganda Muslim Supreme Council Spokesman Ashraf Muvawala confirmed that Muslims from the Arab world are indeed sponsoring the construction of many new mosques in the country.

Though some of the organizations that send the money to build mosques do not want to be mentioned, they are well known for the welfare work they do in the landlocked East African country.

He said there are about 17,200 mosques in the whole country, but some were in poor condition and being constructed by friends from the Arab countries and other parts of the world also by wealthy individuals.

Sheikh Kassim Kasadha, a spokesman for the Muslim community in eastern Uganda, said that over 300 new mosques have been constructed by Arab friends and organizations in that region.

He said that apart from mosques, several other welfare projects have been supported by various Muslim organizations from Saudi Arabia.

“In addition to the mosques, 50 shallow wells, two technical schools, and a secondary school have been constructed with funds from the Arab friends,”

According to the last national census in 2013, the Muslim population of Uganda is 13.7% of the total population. Currently, according to the Uganda Bureau of Statistics, there are 9.1 million Muslims in the country.

“At least 1,100 modern mosques have been built across the country by sponsors from the Arab world,” said Sheikh Musa Kasirivu, a Muslim leader in Kampala, adding many new mosques are being constructed in rural areas while the old ones are being repaired.