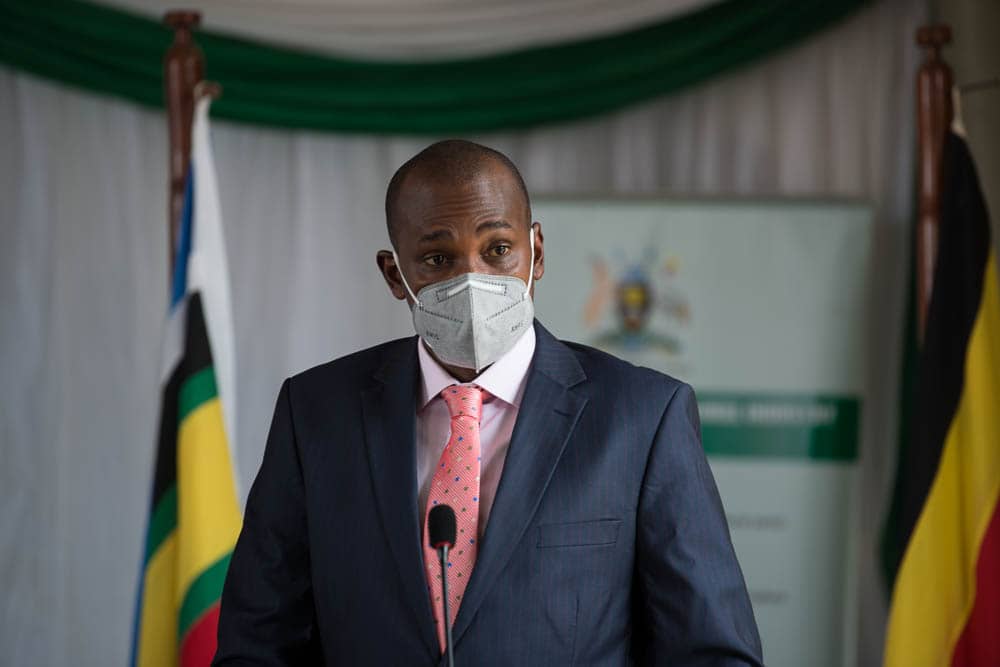 Agriculture Minister Frank Tumwebaze has tasked Dr Peter Beine, the new Executive Director of the National Animal Genetics Resources Centre and Data Bank (NAGRC&DB), to turn around the agency by engaging farmers in education as a way to transform the livestock sector.

The minister said this recently while confirming Dr Beine’s appointment upon the recommendation of the NAGRC&DB board of directors and legal opinion from the Attorney General.

Tumwebaze has also issued a set of policy and service performance targets that NAGRC&DB must deliver in line with the National Development Plan (NDP) III goals over the next five years.

They include turning centre farms into knowledge transfer centres, reducing the animal import bill to zero and developing a licensing and regulatory framework for animal breeding.

Other targets include to breed, multiply and avail for uptake animal stock at subsidized prices, have sufficient numbers of breeding stock on all NAGRC&DB center farms and ranches, effective conservation of all indigenous animal genetic resources as well as production of safe animal feed to meet its internal organizational needs and for availing to private farmers for uptake at subsidized prices.

Hon. Tumwebaze has also challenged NAGRC&DB to roll out 18 functional hatcheries in each sub-region and also cover the country with animal genetic improvement services such as artificial insemination and embryo transfer.

“During my visit of the cattle corridor and in eastern Uganda, I noted with concern the poor performance of some of our cattle breeds in the community and I have tasked the team to ensure that their outputs are for the betterment of our farmers in the community. This will be achieved through continuous farmer training sessions and community interfaces,” Tumwebaze said

On his part, Dr Beine said the performance targets for NAGRC&DB are already clarified in the Agro-Industrialization Program Implementation Action of the NDP III.

“My team’s work is cut out and we pledge to deliver on our contribution towards the transformation of the sector from subsistence agriculture to commercial agriculture,” he said upon receiving the news of his appointment.

Dr Beine at a glance

In the one year he has been NAGRC&DB Acting Executive Director, Dr Beine is credited with restoring sanity and improving the image of the agency.

His tenure at NAGRC&DB has seen an unprecedented increase of non-tax-revenue collections from Shs 700m to Shs 3.88 billion within just seven months. He has also spearheaded the revival of government ranches and farms as well as creating conservation programs for indigenous local breeds.

He also brings a wealth of management and administration experience to NAGRC&DB, having worked as a research scientist and manager with the National Agricultural Research Organisation (NARO) and has extensive experience in international agricultural development project management with the World Bank.