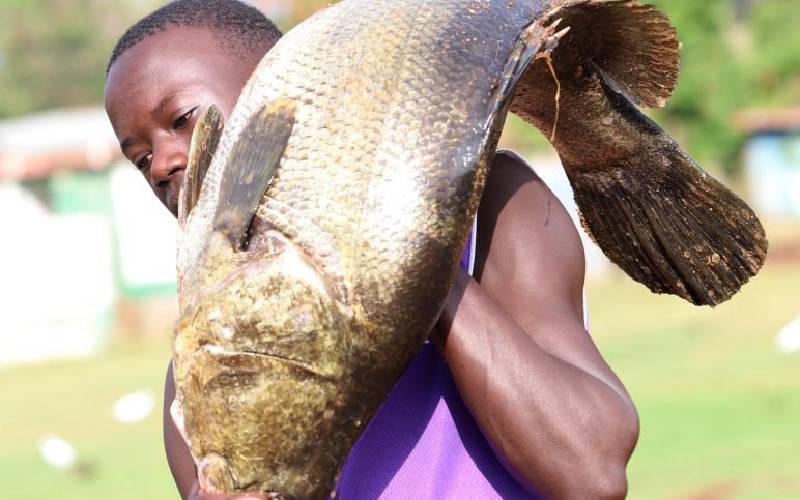 Fish exporters have apologised and retracted their proposal made to Parliament to ban domestic consumption of Nile Perch.

After the exporters under the Uganda Fish Processors and Exporters Association (UFPEA) made the proposal while in Parliament last week, a section of the public took to social media to condemn the move.

While appearing before the Parliament’s Committee on Agriculture, the exporters proposed that Parliament enacts a law barring local consumption of the Nile Perch because the delicacy fetches heavy revenue for the country from European markets and Asian countries.

However, they made a U-turn on the position on Thursday after the overwhelming backlash on the proposal.

“We would like to extend our sincere apologies to all stakeholders and the Ugandan public at large in respect to the comment made to the media after our submission to the Parliamentary committee. I would like to thank our chairman for having made that statement,”

“Nile Perch, like any other fish in this country, is subject to a free market. You can catch Mukene, Tilapia, Semutundu, Emmale anything. You are in a free market. So it is the price that will determine who gets that fish,” he added.

The exporters also in a joint statement read by Ms Ovia Katiti Matovu, the chief executive officer of the UFPEA, said the suggestion fronted by their chairperson, Mr Sujal Goswami, was misunderstood.

They recommended that the Tilapia also be highly popularised by the stakeholders so that it is also appreciated and generates more revenue from foreign markets.

“If we are to safeguard the industry for economic development and employment, this needs to be looked into and channelled through the industry, promote and protect Nile Tilapia, which is a local delicacy for the increased populace whose demand for nutrition and food security is increasing,” Ms Katiti said.

Fishing communities on Monday told the legislators not to rush the process and enactment of the Fisheries and Aquaculture Bill 2021, but exporters demanded Parliament expedites it so that there is sanity in the sector.

“We urge the Parliament and government to pass the fisheries and aquaculture Bill which has been on the shelves for more than 15 years for effective development of the sector,” Ms Katiti said.

The exporters said it is through the legislation that illegal fishing, which causes revenue loss, will be tamed.
Once passed, the Bill will enable the sector to expand and fetch more revenue. It also proposes that the government formulates a directorate that will be solely responsible for the management of the sector.

If enacted in its current form, all persons found to be liable for catching immature fish face seven years in jail or an Shs200 million fine.

Uganda Bureau of Statistics shows that Uganda exported 14,976 tonnes of fish and fish products in the last financial year.

Coffee Farmers in bigger cash.
Agro-business top of the list.