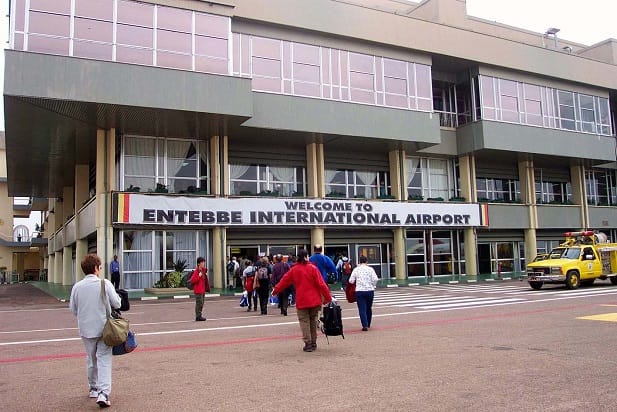 Uganda Civil Aviation Authority (UCAA) staff are no longer allowed to use mobile phones and other personal devices on duty at Entebbe International Airport.

In a circular to the general managers of DAS, NAS/ENHAS, the principal immigration officer, all airline station managers, site manager trend events, and site manager A&M Cleaning Company Ltd, Emmanuel Barungi, the General Manager Entebbe Airport says that “it has been noted with concern that the use of personal phones and other devices by Airport staff while on duty has continued unabated despite consequent security and safety concerns.”

Close to 2,000 staff work at the airport. They include airline station workers, cleaners, cargo and passenger handlers, immigration, port health, aviation security, and security personnel among others. In the December 7th, 2021 circular, Barungi says that the ban on mobile phones takes immediate effect.

He says that no staff unless permitted to do so, “shall be allowed to carry his or her personal phones or other devices to their work stations”.  He warns that those found in breach of the restriction shall be subjected to disciplinary action.

According to sources, the directive comes months after four-passenger handlers from NAS/ENHAS were fired for taking photographs of the children of musician turned politician Robert Kyagulanyi alias Bobi Wine leaving the country.

The photos were posted on various social media platforms raising questions about the right to privacy of minors and air-bound passengers at Entebbe Airport. The same sources say some staff have made it a habit to make and receive calls or on chat on social media while on duty. “It is not a good signal when you find aviation security officers on phone and yet they have to look out for suspicious items, passengers, and visitors at the airport,” one at UCAA told our reporter.

Airport staff have security tags that indicate where they can or cannot access, they also wear uniforms while some who access restricted areas such as the airside, the arrivals, and departures sections wear reflector jackets. There have been complaints of safety and security arising from airport staff not wearing uniforms and reflector jackets concentrating on their phones while others have been blamed for ” taking pictures of flaws and sharing them with the  public.”

Some Passengers like Deo Masaba have also welcomed the directive. Masaba says that in some parts of the world, employees are asked to leave their cell phones in their bags or locker rooms. “Using your cell phone while serving a customer is simply rude, unprofessional and one opens themselves up for making mistakes especially when entering information into systems,” he said.

He says that one will argue that what if the staff have an emergency at home. He explains in this case every employer should have their Work landline number left at home so that they can be reached if needed.”

He says that airport authorities should stop workers from wearing sandals while on duty because they look untidy and unprepared to respond to incidents and accidents that require protective shoes and gear.

Another passenger also welcomed the directives. “Entebbe International Airport is the gateway into Uganda and we can not afford to be viewed in a bad light due to some few individuals who can not conduct business professionally,’ he said.

A source says UCAA now plans to purchase signage stopping the use of phones at airside by both passengers and staff. Passengers will be told to use their phones for communicating and not taking photos of installations, services, or third parties.