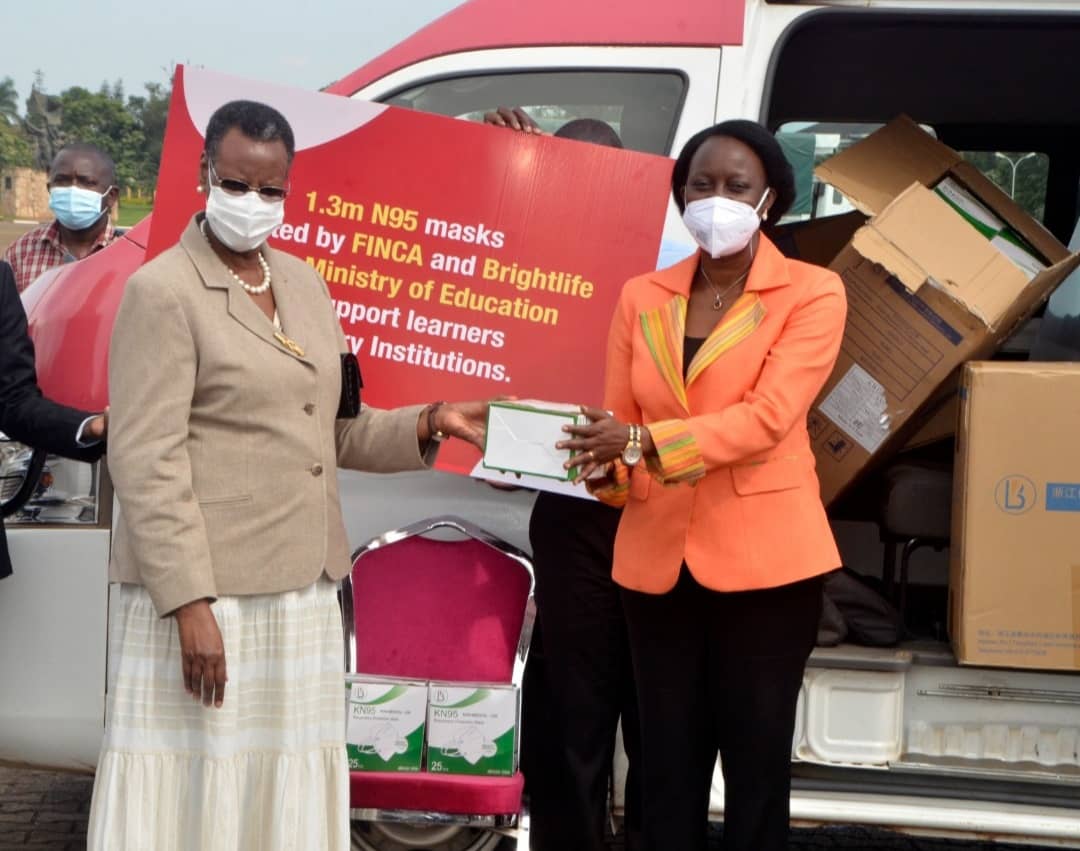 Financial institution, FINCA Uganda and Bright Life Uganda, a solar company, have donated 1.3 million facemasks worth £120,000 (approximately shs575 million) to the Ministry of Education and Sports to ease the opening of schools in the country.

This was at a function officiated by the First Lady and Minister of Education Janet Kataaha Museveni at the Kololo Independence grounds.

Speaking at the handover, Lumonya stressed that FINCA’s mission aims to alleviate poverty through lasting solutions that help people build assets, create jobs and raise their standards of living.

She noted that this mission can best be achieved when the masses are educated and healthy.

“These masks are a token of support and appreciation to the medical students in the tertiary institutions. If COVID has taught us anything, it has taught us to be ready with the technical medical human resources to fight any other endemic or pandemic,” she said.

“It delights me when I see players from the private sector come together to support initiatives of the government. We are eager to re-open schools so that our learners can go garner the much-desired knowledge to build our country. However, the health of our citizens plays center stage,” she said.

The donation was sent to Uganda by FINCA UK.

Considered to be one of the most influential microfinance organizations in the world, FINCA has 21 subsidiaries across four continents and in Uganda, it has 27 branches.

On the other side, Bright Life, a social enterprise established by FINCA International, has so far impacted 150,000 Ugandans by giving them access to clean solar energy access.

UBTEB to conduct exams in phases
New appointments in the judiciary