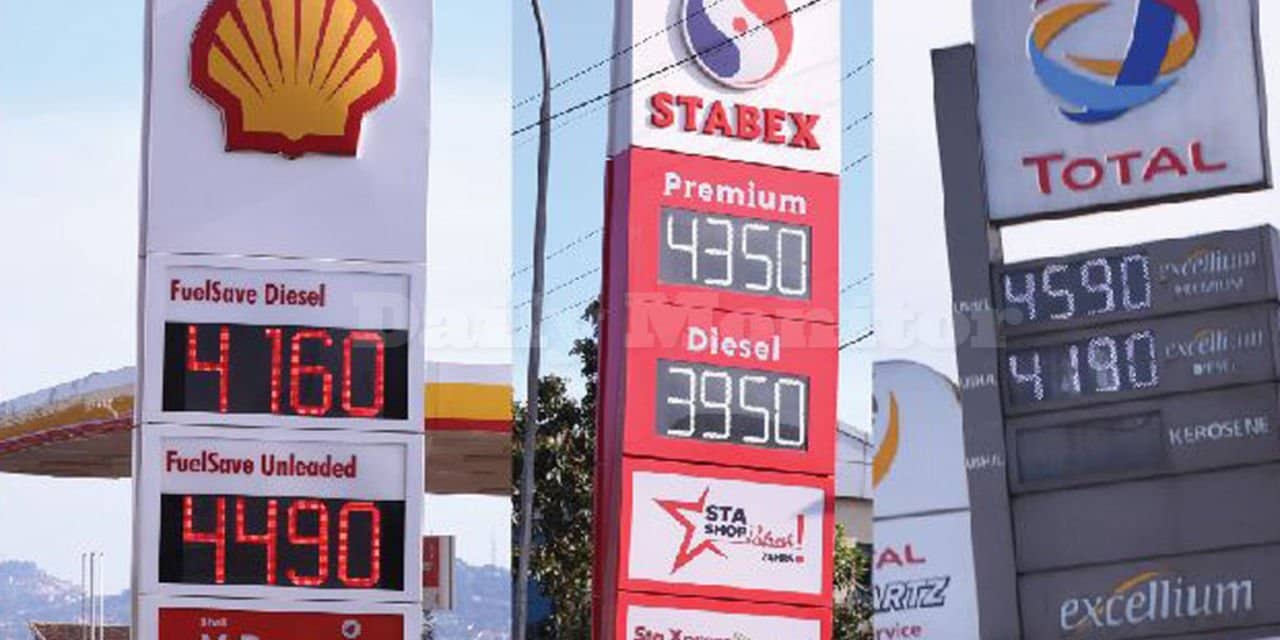 A photomontage of price boards at three leading fuel stations in Kampala.

The government is scrambling for options to tame spiralling oil prices amid rising transport and food costs likely to fuel inflation in the face of the approaching festive season.

The problem is global, Information minister Chris Baryomunsi said, in an apparent reference to the $20 or Shs72,000 jump in price per barrel of Brent crude oil on the world market over seven months from April, this year.

Brent, one of three global yardsticks for pricing a barrel of oil (159 litres), is light crude made from a blend of North Sea crudes and its price rose to $86.7 on October 25, up from about $65 seven months ago.

In Uganda, pump prices for a litre of petrol went up between Shs100-Shs630 and Shs60-Shs200 for a litre of diesel, with the highest spike margins reported in Rukungiri and Bushenyi districts, which are about 380 and 320 kilometres from the capital, Kampala, respectively. Boda Boda riders there, have in response doubled fares.

“I would like to assure Ugandans that we’re going to study the situation and see how we can cushion them against the high fuel prices and we shall explore remedial actions,” Mr Baryomunsi said.

Uganda’s Energy minister Ruth Nankabirwa, he added, was in Abu Dhabi, the capital of the United Arab Emirates, a member of the Organisation of Petroleum Exporting Countries (OPEC), to, among other things engage oil producers for a solution to fast-rising oil prices.

In short, a rebound in the big economies, including China and India, which is not matched with a commensurate increase in production, means uptake of oil – an average of 100 million barrels per day in November, according to JPMorgan – is outstripping supply and pushing up prices in a free market economy.

For Ugandan passenger service providers, the rise in fuel prices is a Catch-22: increase fares and lose customers or stay put and plunge into losses. Describing it as a “big challenge to the transport sector”, Mr Robert Mutebi, the secretary of United Bus Owners Association (UBOA), said: “However, we’re still sticking to the old transport fares because people have no money. We will be meeting this week to discuss a way forward and if the prices remain up, then we shall have no option but to increase the fares.”

Mr Rashid Ssekindi, the chairperson of Uganda Taxi Operators Federation (Utofe), said they are likely to raise transport fares if the government does not intervene “urgently” by filling the fuel reserves in Jinja City to stabilize local prices.

The price changes are choking traders, investors and manufacturers amid spiralling transport and energy costs while private car owners are having to decide whether to continue self-driving or use public transport.

Mr Ssekindi said a number of taxi users have resorted to walking to and from work even when operators have not increased fares, at least in the capital.

A mini-survey by the Daily Monitor also found a similar upward price adjustment at Stabex filling stations from a month ago.
Other analysts said the Shs100 excise duty on fuel that the government introduced in the 2021/2022 Financial Year budget, which became effective on July 1, has exacerbated the price swing.

The cost of trucking goods from Kenya to Uganda has increased by Shs1.5m from Shs3m, Kampala Arcades Advocacy Forum (Kaafo) chairperson Hussein Kato said, predicting a jump in the price of imports soon.

Some foodstuff dealers said the surging fuel price is biting them hard in increased transport costs, leading to higher food prices on the market as Saturday Monitor reported on November 6.

Mr Micheal Kugonza, a matooke trader in Kalerwe Market in Kampala, said: “A bunch of matooke, which we previously sold at Shs15,000 is now at Shs25,000 because we now spend a lot of money on fuel to transport matooke from upcountry”.