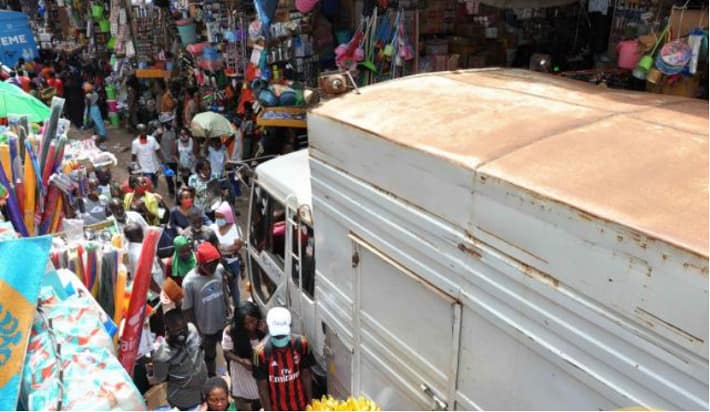 Kikuubo is one of the busiest centres within the Kampala business district, bringing together thousands of people from different parts of the country for both retail and wholesale transactions.

Reporters visited Kikuubo and found that traders were running out of scholastic materials due to high demand and low supplies.

Amos Turyahabwe who sells books, paper, and pens in Kikuubo says since the government announced the re-opening day for schools, schools, and students have been flocking their shops to buy scholastic materials. Turyahabwe says that despite increasing the prices, the demand for the materials was high.

But Jean Claude, the Sales Executive of Picture, a company that produces scholastic materials including books and pencils says that there is a shortage of raw materials, especially paper which has affected supplies and prices.

In Lira City businessmen are also running out of scholastic materials as parents rush to do last-minute shopping to take their children to school.

The materials such as books among others have been on demand since the government announced that schools would reopen starting 10th January 2022.

Fabias Komakech, a dealer in mattresses in Lira City says several parents have been purchasing mattresses in preparation to take children to school. He says he is making big sales but decried a low supply of merchandise.

Alwal Kizito, a welder at Oyam road says there is also a rush for metallic boxes often used by students in boarding schools at both Primary and Secondary levels. He says due to high demand, they have increased prices from 20,000 Shillings to 55,000 and 85,000 Shillings depending on the size.

In Kabale District, Emmanuel Niwagaba alias Ichumu, a metallic case dealer operating at Esso Mosque in Kabale town says that demand for metallic cases sharply increased since Friday to date. He says that due to the demand, they have run short of materials.

He says that last week, he sold over 200 metallic boxes which is double what he would sell in the previous season of going back to school.

Silaj Babalanda alias Muganda, another metallic case dealer also at Esso mosque says that by Monday at 1:00 PM he had already sold about 700 Metalic cases compared to other seasons where he would sell only 300. Babalanda says that due to high demand, they are now being forced to make immediate orders of inputs from Kampala since there are now scarce in Kabale.

He says that most of the buyers are coming directly from rural areas of Kabale, Kisoro, and Rubanda. He adds that had it not been for the closure of the Rwanda-Uganda border the demand would have been higher.